On this episode of Straight Up With Stassi, Ariana Madix joins to talk about literally EVERYTHING.

“I don’t think anyone thought that this day would come,” Stassi begins.

“It really has,” Stassi agrees again. “I have Ariana Madix here. Holy crap.”

“A birthday twin,” Stassi says. “She loathed me for a really long time, but now she tolerates me, and I’m okay with it.”

“You’re so mean,” Stassi responds. “You really are.”

“You just have a way,” Stassi says. “You’re one of the few people that can sting me. If somebody doesn’t like me, I normally don’t care that much, but for some reason, I’ve always cared when you didn’t.”

“You just called me mean, but I feel like you’d say the same thing about anybody else,” Ariana counters.

“See, we’re similar, and we’re so different at the same time,” Stassi says. “We’re more similar than I think both of us realize.”

“I feel like, in the ways that we’re similar, we’re really similar,” Ariana agrees. “And in the ways we’re not, we could not be more different.”

“Totally, I really agree with that,” Stassi says. 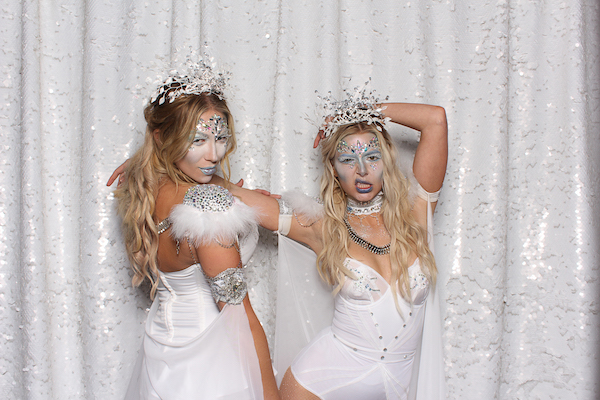 “You know, I have theories about you,” Stassi says. “I think that you’re someone… when I say contrarian, I’m going to add on to this, because contrarian normally has a negative connotation. But you’re thoughtful, and you’re worldly, and you’re progressive, and all of those things. So because of all of those things, I feel like you shy away from your basic bitch-ness. But you actually are a basic bitch, too. Do you know that? I take pride in being a basic bitch, there’s nothing wrong with that.”

“I overcomplicate every single thing that I’m thinking or feeling, so things become… It’s not that I’m not basic, but even if you ask me what’s my favorite color…” Ariana explains.

“What is your favorite color?” Stassi asks.

“But what shade? What is your specific favorite shade of green?” Stassi asks.

“My specific favorite shade of green… See, I don’t know. Because I love like a fall evergreen… I actually love an olive green…” Ariana says.

“Not in clothing, that’s sad,” Ariana clarifies. “No one should ever wear olive green. I’m thinking more like an army green jacket — to me that’s olive. But that’s the thing too — different trees and leaves and things have different shades of green.”

“I see you overthinking everything right now,” Stassi admits.

“This is what I’m saying!” Ariana says.

“This is my problem, which is why I think I’m contrarian,” Ariana explains. “Even if I say, ‘So-and-so is an asshole,’ then I’m like, ‘But there was that one time, and then their parents didn’t love them.’ I overcomplicate every single thing that goes on in my head. That’s why I’m in therapy.”

“I mean, we’re all in therapy,” Stassi adds. “And we all should be in therapy. May this be an ad for therapy.”

Getting in (better) Shape for the Dress with Autumn Calabrese